Best Selling Toys from the 80s 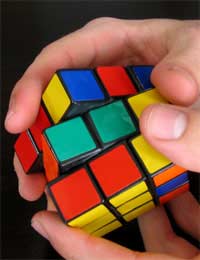 The eighties ushered in a new era of hi tech toys – everything had to be battery operated and preferably look like some form of computer. The ‘silicon chip’ beloved of Tomorrow’s World reigned supreme over the eighties toy box, and it was a time when parents had to remember to buy in extra batteries at Christmas or there would be tears.

Starting off in the very early eighties was the non-battery powered but fiendishly addictive Rubik’s Cube, still an icon of the eighties. Developed by Professor Rubik, the puzzle drove many a child mad as they tried to solve it using mathematical logic, perseverance, or in some cases, brute force and a hammer. Following on from the cube was a pyramid and even a snake, but none of these were as hard to solve as the original puzzle.

For little girls, who loved their dollies, the coveted toy of the eighties was quite possibly the Cabbage Patch Kid. Charmingly named cloth dolls with vinyl faces, the Cabbage Patch Kids had strange looking faces and weren’t as cute as the average doll. However, despite urban myths that they were created to desensitise children to the appearance of mutated children, born after a nuclear war (well, it was the eighties) they created havoc and stampedes at toy shops, probably becoming the first toy to inspire this kind of consumer mayhem.

Every child of the eighties wanted the ‘it toy’ – the Atari Space Invaders console. The excitement of owning your very own Space Invaders mini arcade game and being able to argue over whose turn it was to play said game was indescribable. Pac Man was also popular, with the home version becoming available pocket size in the early eighties, very basic graphics and an unforgettable noise when the little round fella got caught by a pesky ghost. Archaic Pac Man may be when we compare it to the sophistication of a Play station or X Box, but back in the day, they were the height of toy sophistication and much sought after.

The eighties set the scene for the toy mania of the nineties, and took merchandising to a whole new level.

The biggest toy merchandising opportunity of the eighties has to be the massively popular He-Man and the Masters of the Universe collection, which developed from the cartoons into a global brand that arguably managed to cross genders (remember She-Ra, He-Mans twin sister?) and inspired the creation of Thunder Cats and Transformers. If you were young enough to get into the cartoons of the eighties, you would be desperate for at least one play set or toy from the vast collection of Mattel action figures. Plenty of violent arguments between siblings were set to the tune of a He-Man cartoon...

If you were a soppy girl and not interested in action toys or things that bleeped, you might have fallen foul of the Care Bears craze instead. Originally created for greeting cards, these lurid coloured bears had names like Share Bear, Funshine Bear and Oopsy Bear, and they all lived in a TV series cartoon land in the mid eighties. There was even a Care Bears movie to inspire many a little girl to demand a plush bear for her birthday...

Making Your Own Toys

Best Selling Toys from the 70s