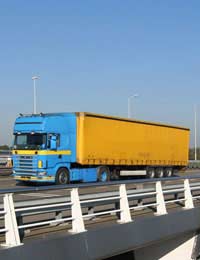 Any toy that is on sale in the UK has to meet essential safety requirements which have been laid down by toy legislation and set out in the Toy Regulations.

All toys, including imported toys (whether imported from an EU country of from further afield, like China) have to carry a CE Marking. This marking isn’t for consumers, but is a declaration from the manufacturer or their representative in the EU that the toy conforms to a list of essential safety requirements

The Toy Regulations apply to imported toys as well as any children’s toys that are made in the UK. They apply to the all toy stores and websites based in the UK who sell toys, too.

Toy legislation also says that any importer who imports toys from another EU member State, has to ensure that it only imports safe toys which carry the CE marking and other specified details.

What About Other Imported Items?

Some imported ‘toys’ and novelties which your children might play with aren’t covered by the specific toy legislation. There is a long list of what is and isn’t covered, available here:

Imported Christmas decorations and some dolls, puzzles and children’s jewellery don’t have the same level of protection from toy safety legislation, among other items, so although there are other safety laws that cover these items, it’s worth knowing that the law applies differently to some types of doll, for example.

The Regulations define a toy as: ‘any product or material designed or clearly intended for use in play by children of less than 14 years of age' – although this excludes the list of products mentioned above.

What is The CE Marking For and Can I Rely on it?

Actually, it’s not meant for consumers at all, although if you’re buying an imported toy it should still have the marking on it somewhere. Most toys bought in the UK are actually imported, so there has to be some way of ensuring their safety – not all countries have the same attitudes to quality or toy safety that we do in the UK.

The CE marking isn’t an indicator of quality either. It’s just there to show anyone who inspects the toys that the imported toy is intended for sale in the European Community and it shows that the toys satisfy the essential safety requirements.

A manufacturer of an imported toy has to satisfy all of the requirements and indicate somewhere on the toy that it has done so, so that the manufacturer can gain access to Community markets. It’s a trade symbol, and something that enforcement authorities such as trading standards will look for.

Having said that, if the imported toy doesn’t have a CE Mark – avoid it!

Brand new toy safety legislation was introduced in July 2008 which closes a gap in toy safety laws. The new regulations came into force on 21st July 2008, and they require all magnetic toys (imported or otherwise) to carry warnings about the dangers that magnets can pose if they are swallowed or inhaled by children.

All imported toys have to be of exactly the same standard as toys manufactured in the UK and EU, and the laws that surround children’s toys are very strict – for good reason. It’s estimated that 80% or more of the toys we buy in the UK come from China alone, so there has to be a way of making sure that our children’s safety is paramount.

Toy Safety: What Does the Law Say?
Share Your Story, Join the Discussion or Seek Advice..
[Add a Comment]
I purchased some octanauts toys from EBay recently. I didn’t realise until they came that they are really poor fake version. The plastic smells toxic and the toys broke within 10mins of being played with. They have come from Hong Kong and the packaging isn’t in English but is all in the style of Octanauts. I have contacted the seller for a refund. But am concerned about the toy safety and that they are selling fakes versions. What do I do?
Spanner - 22-Jan-18 @ 7:28 AM
I have a concern about the safety of a toy I bought on Go Groopie Website and would like to email someone about it.Can someone please email me a contact name and email address please
JH - 5-Jan-18 @ 4:43 PM
Undert the toy safety directive 2011 it states certain exclusions and xmas decs are amongst them. Yet in the Toy Safety Directive it shows pics of reindeer soft toy (xmas decs). When would you know when you can label as a xmas dec and maybe just do a part one, or when you would have to CE as a soft toy? Please can you give me a full explanation.
Lindylou - 3-Feb-12 @ 12:30 PM
is there any difference on was label shows NOT FOR 0-36 MONTHSor NOT FOR UNDER 3 YEARS ?? technically it seems they have the same meaning BUT which one is recently used for plush toys?
alev - 10-Jun-11 @ 9:46 AM
Title:
(never shown)
Firstname:
(never shown)
Surname:
(never shown)
Email:
(never shown)
Nickname:
(shown)
Comment:
Validate: