Home > Regulations & Law > Second Hand Toys: What Are my Rights? 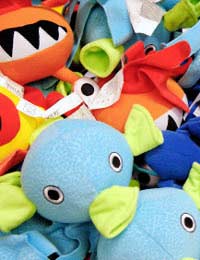 You do have rights as a consumer, whether you buy second hand toys or brand new ones, but you need be very careful about where you buy used toys from, as the law applies differently to private sales than to second hand toys bought from a shop.

What Are My Rights if I Buy Children's Toys From Car Boot Sales?

Buying used toys from a car boot sale (or jumble sale, classified advert or similar) limits your rights as a consumer. Although you still have a contract with the person you buy the second hand toys from, you don’t have the protection of the Sale of Goods Act 1979 because most of the provisions of the Act only cover sales that happen in the course of a business. Some areas that you should definitely be very careful, of are:

What Am I Entitled To if Used Toys Are Faulty?

To be honest – you’re not likely to be entitled to a great deal if you buy used toys from a private seller. On the other hand, if you buy a rare vintage doll from an antique shop, your rights are exactly the same as they would be if you bought the toy brand new. So it really is a case of ‘buyer beware’ if you’re going to buy anything from a private seller.

Private sellers are only liable to pay you any kind of compensation under the Sale of Goods Act if the toy that you buy isn’t as it’s described. So if you see an authentic Sindy Doll advertised on eBay as being an original from the 1970s and you later find that it’s part new and part antique, you could give the doll back and demand a refund because you’ve been misled.

You aren’t entitled to any compensation at all if you buy used toys from a private seller and they break, or you realise that your second hand toys have a fault. The only exception to the rule would be if there was a written description somewhere of the toy that described it as being “In perfect condition” or “as new”.

In general, for peace of mind, it's always best to buy used toys from a reputable trader and not private seller. Make sure that it conforms to safety laws, and has all the relevant CE Marks, before you give it to your children. If in doubt, don't buy it.