Home > Ask Our Experts > Were Toys Regulated Before the 1995 Safety Regulations?

Were Toys Regulated Before the 1995 Safety Regulations? 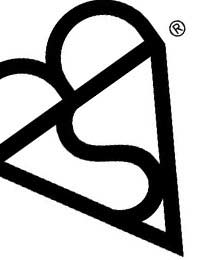 Before the Toy (Safety) Regulations 1995 were introduced, what protected toys when it came to safety requirements?

A history of how toys were regulated, if at all, up to the present would be really interesting to find out.

Toy safety is a very confusing area of law, and there have been several sets of regulations since the 1960s.

The Toy Safety Regulations 1995 are part of consumer safety law, and as such are also regulated in English law by the Consumer Protection Act of 1987. The Consumer Protection Act regulates the safety of any product which could potentially cause injury, whether from the raw materials used to manufacture it (in the case of paints containing lead in children's toys, for example) their components and any consumer products.

Under the Consumer Protection Act, if you or your child are injured by a toy, you can make a claim for damages using this legislation, by proving that the toy was defective, and that the defect caused either death, personal injury or damage to private property. This is not affected by the Toy Safety Regulations now in force.

From the 1960s the law started to get tougher on toy manufacturers, subjecting them to more rules and regulations concerning toy safety. In 1961 the British Standards Institute issued new safety regulations concerning toys, including strict guidelines on the use of substances like celluloid, a ban on toys with sharp edges that could cause injury, and bans on toxic dyes.

The first specific Toy Safety Regulations were created in 1974. In 1979 the British Standards Institute (BSI) published the first toy safety standard - BS5665 - parts of which are incorporated into the current toy safety law, and covering issues such as flammability and chemical toys.

Since 1990, UK regulations have been in place implementing an EU Directive which states that all toys must satisfy certain safety requirements, carry a CE Mark, and be accompanied by warnings if necessary. This directive was replaced by the current Toy Safety Regulations 1995. Both sets of Toy Regulations were brought under the Consumer Protection Act 1987.

There are also new measures on the way to make the existing toy safety standards even tougher. Changes to the legislation have been backed by the European Parliament, and include a ban on potentially cancer-causing chemicals, and chemicals believed to cause genetic changes, as well as ban on fragrances that can provoke allergic reaction and small toy parts that could possibly choke small children.

What is This Toy Safety Mark?
Share Your Story, Join the Discussion or Seek Advice..
[Add a Comment]
Hi there, i make memory bears & bespoke teddy bears from Retro & vintage fabric. I would love for them to have a CE mark or a safety mark of some type so i can start selling them as toys & not just decorative items. I'm finding it a mind field & not really sure where i can get my product tested. be very grateful if you have any wise words of wisdom for me or a good starting point. Thanks Kate
kate - 12-May-19 @ 2:23 PM
Yesterday my 9 year old became one of the 100's of children who have got their hair tangled in a Bunchem's toy. I have come across so many articles going over 2 years about this and seemingly nothing is done.She was playing sensibly, seated at a table when another child dropped their model.16 Bunchem's landed in her hair and 4 took 2 hours to remove with a further hour devoted to cleaning her very distressed hair.I then saw this response from Spin master who make them to complaints (on Amazon) and am furious."We are sorry to hear about your experience. We make every effort to caution parents of the possibility of hair tangles on the box and the instructions, but understand that sometimes a kid’s creativity knows no bounds.” I think something more should be done - their You Tube video is very misleading also. Who can I share my photos and experience with so no other children have to go through this distress?
JAMmum - 1-Oct-17 @ 10:09 AM
@ray. Check out this article and the comments at the end for some more relevant information. You will also find some good information on the British Toy and Hobby Association site
ToysAdvice - 15-May-15 @ 2:22 PM
I make handmade wooden toys, and would like to know where l can find out where l can find the infirmation on self certification for handmade wooden toys can be found. Thanks
ray - 12-May-15 @ 2:59 PM
@Ian. How lovely! We do hope there's no lead paint there. We think TOMY(part of Takara Tomy) still stocks/sells Britains toys, so they may have contact details or information about manufacturing methods from the dates you specify. You can call Tomy on 01271 336155 or complete the online form. Alternatively, try their PR company:
So...PR Ltd
The Old School
Hunsingore
Wetherby
LS22 5HY.
ToysAdvice - 12-Sep-14 @ 1:47 PM
I have re-discovered a collection of metal toy soldiers in our loft that were made by Britains with dates shown on the base ranging from 1973 to 1986. I would like to give these to my grandchildren, but I am concerned in case they were made with lead or lead paint was used in their manufacture. Can you advise please.
Ian - 11-Sep-14 @ 7:07 PM
Hi , I have just started making cloth dolls and would like to sell them at aChristmas fair. But I have been told I cannot sell them without tehm having hada safety test. Please could you advise me how I go about this as I have quite a few dolls and the fairs are before Christmas . Thanks Gill Sweet.
Gill - 29-Sep-12 @ 11:40 AM
Title:
(never shown)
Firstname:
(never shown)
Surname:
(never shown)
Email:
(never shown)
Nickname:
(shown)
Comment:
Validate: