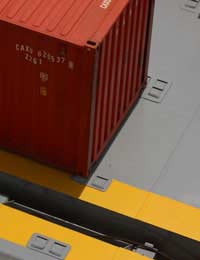 There have been several scares concerning the safety of some imported toys for children in recent years, so it’s hardly surprising that parents are still somewhat wary about buying them.

The truth of the situation is that around 80% of the toys that you’ll find on sale in toy stores across the UK have been imported, and a majority of those have come from China, the country that seems to strike fear into parent’s hearts when there’s another toy safety recall.

So, the fact that most of the recalls are from China does go hand in hand with the fact that the majority of imports come from Chins in the first place, but there are still things that you can do to minimise the risk when buying imported toys.

What Are The Risks of Buying Unsafe Children’s Toys?

Some of the risks of unsafe toys are well documented – others are rarer and less well publicised. It’s worth being aware of the potential dangers before you buy anything you’re not sure of. For example, in one safety recall, four million Chinese-made toys were recalled after they were found to contain a chemical that, if ingested could have turned into the date rape drug GHB, which can cause seizures and even coma. Two children in America actually fell into a coma after coming into contact with these toys.

This type of reaction is rare, but it’s more common for dangerous imported toys to be recalled because they are found to contain potentially harmful levels of lead.

Responsible toy importers have to comply with European law and will display the right safety warnings. Obviously, some products can slip through the safety net, and there will always be recalls. But the early warning system means that at the very least if there is a problem with an imported toy (or otherwise) if it’s part of the system, there will be a fast response and the toy will be withdrawn from sale as soon as the authorities find out about it.